Pick Your Thing. Then Never Shut Up - Part 2

I posted earlier this week about why I talk so much about work and yoga pants. Check it out here. If you're already familiar or maybe haven't read it yet, the TL:DR is it's not really about yoga pants.

It's about a child who grew up brutally poor in the middle of the country.

It's about a girl who didn't know college was an option (I didn't even know student loans were a thing - college was something "rich kids" did).

It's about a mother of girls who knows she can't 100% protect her daughters from harassment. Also, a mother of boys who worries about her sons.

It's about a baby recruiter who, before accepting a job she knew nothing about, had to scramble to buy a cheap polyester suit in order to impress her new boss.

It's about a tired, crabby OG Tech Recruiter, well past 40, and working for one of the most well-known brands on the planet. Also, sick of everyone's shit.

In a rare moment of vulnerability,  in a Facebook recruiting group, I shared a few stories that had "shut me up" in the past. Why I never spoke up in meetings, why I changed jobs every three years, why I second guessed myself and my profession constantly. Here are just a few examples of my why - 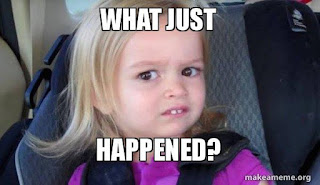 Here's the thing - we don't talk about this stuff. Maybe to our closest friends and family, and only after extracting promises to NEVER TELL A SOUL. It's embarrassing, we think of all the things we "should" have said. The nagging voice that wonders if somehow, we did something to deserve it.

Now here we are - I run my mouth like it powers the electrical grid and take all kinds of heat over silly chats about yoga pants. I DO wear yoga pants to work, I DO like being comfortable, but most of all I embrace the feeling of being able to brush off the haters and call out someone when they cross the line. It's a liberating, empowering feeling. I don't need anyone rushing to my defense, but certainly appreciate when it happens.

Here's my request of you cranky old chicks like me. Whenever you hear about harassment - regardless of age, socio-economic status, race or ethnicity, gender (or anything else) - instead of just shrugging and reminding us all how "no one would talk to me like that - I'M A STRONG WOMAN" why don't you use that power to help a sister out? It might look like changing the topic of the conversation. It could be a smile and hand squeeze to the woman who CAN handle her business, but will be eternally grateful for your encouragement. It could be telling the dumb ass offender to pipe the f*ck down and think about the consequences of their bullshit - up to and including a throat punch maybe (she says only somewhat jokingly). It is MOST DEFINITELY saying "hey - I used to be terrified to stand up for myself - this feels like something that would have silenced me 10 years ago. Can I do anything to support you?"

I see you. I hear you. I want to be brave enough to stand up for you and talk about things that matter. Now maybe you better understand why I "practice" on yoga pants.
Labels: advice communication life goals speaking up 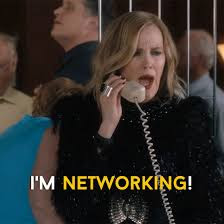